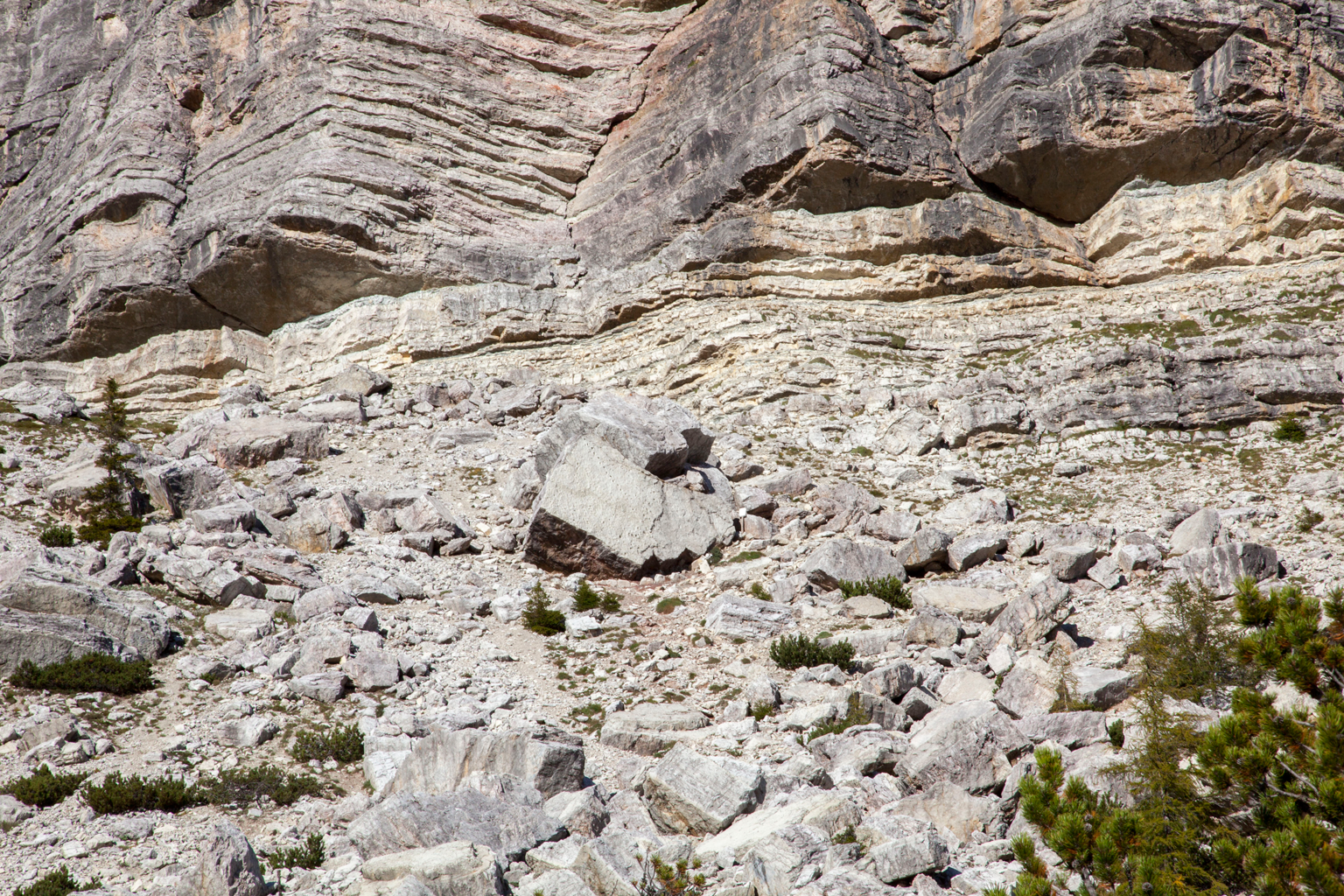 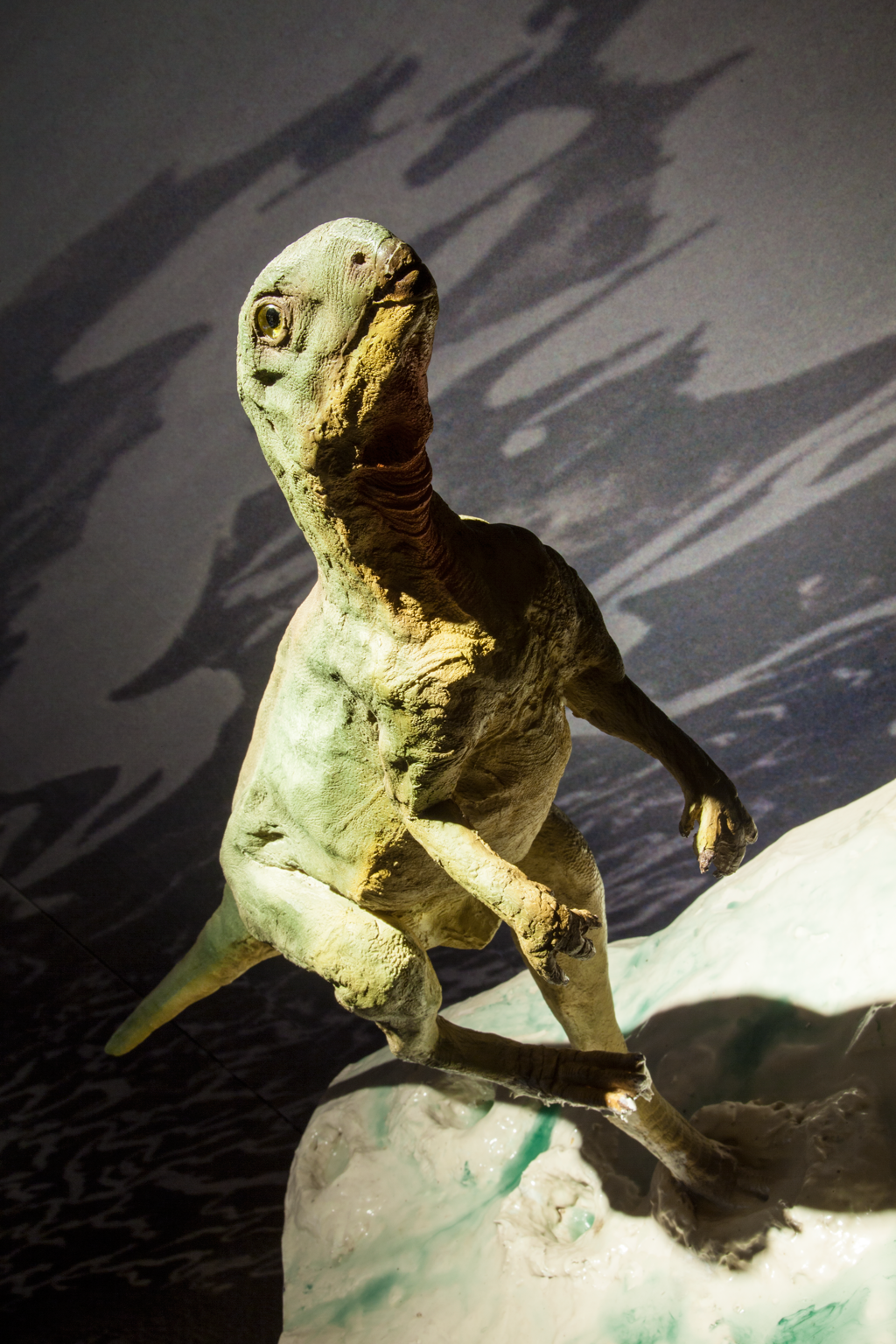 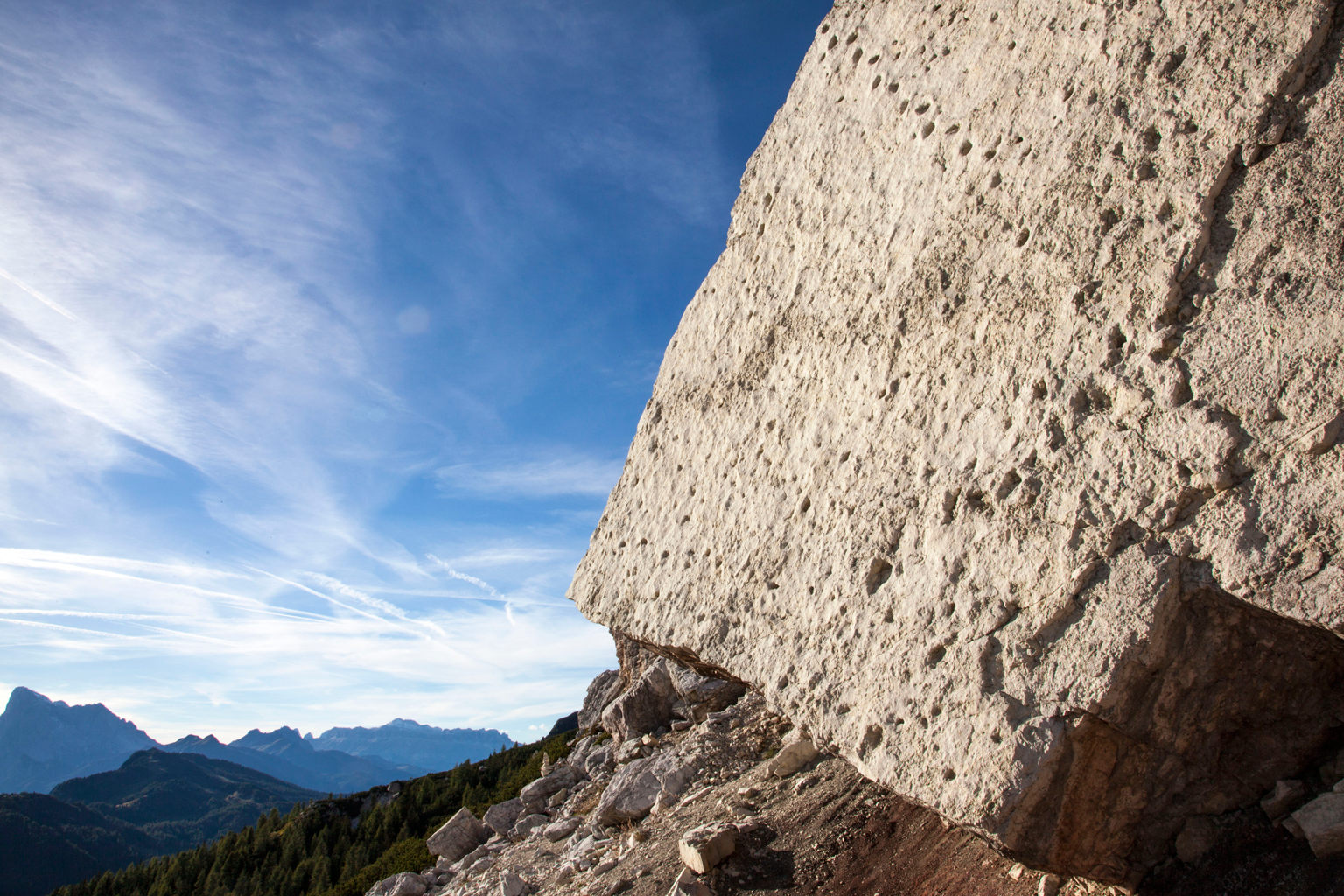 A huge collapse of rocks, fallen from Mount Pelmo, revealed this “ancient trail of hundreds of thousands of years”.
In that distant era, the Dolomite landscape must have been quite similar to the present Bahamas, where strips of sea stretch out into the hinterland, leaving behind with the low tide puddles of water. In these unlimited marshes, herbivorous dinosaurs found seaweeds as nourishment and carnivorous dinosaurs, hunting them, were becoming the absolute dominant dinosaurs of the land surface.

These animals that lived on the beaches, destined to become after millions of years the Dolomites, dated back to the Late Triassic, the period in which dinosaurs appeared for the first time. These dinosaurs can be considered the ancestors of the fearsome jurassic carnosaurs, among which the most famous and ravenous: the Tyrannosaurus Rex.

The rock with dinosaurs’ trails is reachable by walk with a 1.45-hour excursion. Start from Passo Staulanza towards Rifugio Venezia following the CAI walking path n.472. Then, leave the main path, taking a signed detour on your left that leads at the rock with dinosaurs’ footprints. This last part is a bit demanding for what concerns the change in elevation.
A cast of this rock, with a reconstruction of the dinosaurs that produced the trails, is preserved at the Civic Museum Vittorino Cazzetta